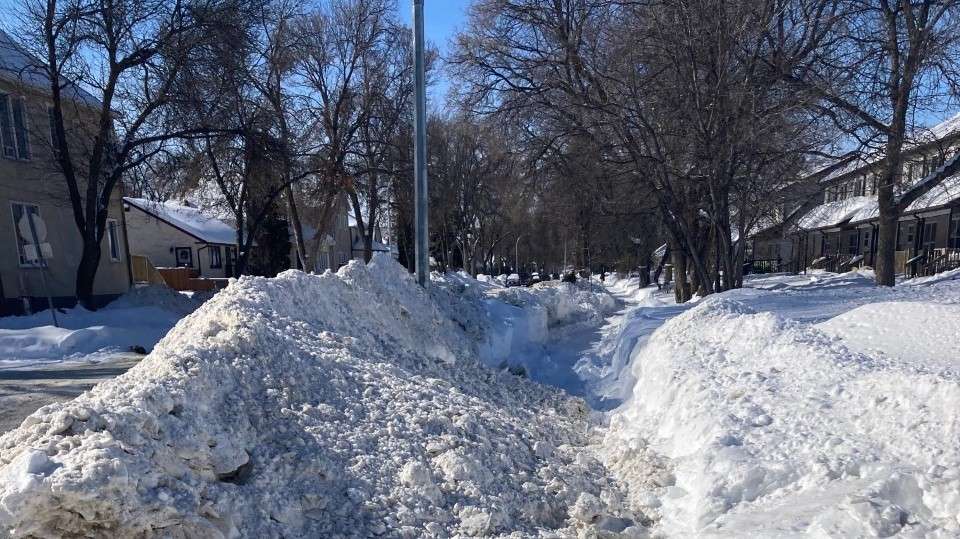 I put forward a motion at City Council on March 24th with Councillor Gilroy in regards to the reprioritization of P3 sidewalks in Fort Rouge East Fort Garry and Daniel McIntyre. The motion asked that the public service reprioritize sidewalks in areas of the city that are close to high frequency transit routes, specifically in the Fort Rouge-East Fort Garry and Daniel McIntyre wards and to provide recommendations for increasing the amount of quality, in-house snow clearing services that the City provides.

Under the current City of Winnipeg Snow Policy streets are cleared of snow on a priority basis. Those streets and sidewalks designated as P1 are cleared first, P2s next and then P3s. This year this priority system did not work for residents. A large snowfall event occurred P1s and P2s got cleared, another large snow event occurred and crews reverted back to P1s again. In many instances never getting to P3s. This was very problematic as most residential areas are designated as P3s. Fort Rouge East Fort Garry and Daniel McIntyre have large, high density urban neighbourhoods where many residents walk to access services, these wards also represent some of the highest rates of transit and active transportation users in the City and accessing this infrastructure was made very difficult this year.

This year was a historic year in terms of snowfall for Winnipeg. Public Works moved 1.6 million cubic feet worth of snow. That equates to 466 linear kms of snowbanks. That is enough snow to fill 640 Olympic sized swimming pools. Public Works worked very hard this year, and we thank them for their efforts. It proved extremely difficult to keep up.

There were many additional challenges Public Works faced during the snow service this year: machinery breakdowns, grooming of snow depot yards, and very challenging ice ruts that were difficult to get blades down under due to the large accumulation of snow, and the freeze thaw cycle. Our office has assisted on many escalations for residents and businesses alike. Snow plows plowing in front doors and garages, garbage service and postal service being cut off until snow was cleared. Clearing large snow berms from in front of nearby businesses, schools and daycares to having drainage basins tended to in the Osborne Rapid Transit Station Underpass.

We will be having a Council Seminar in April to discuss Snow & Ice Clearing Policies.