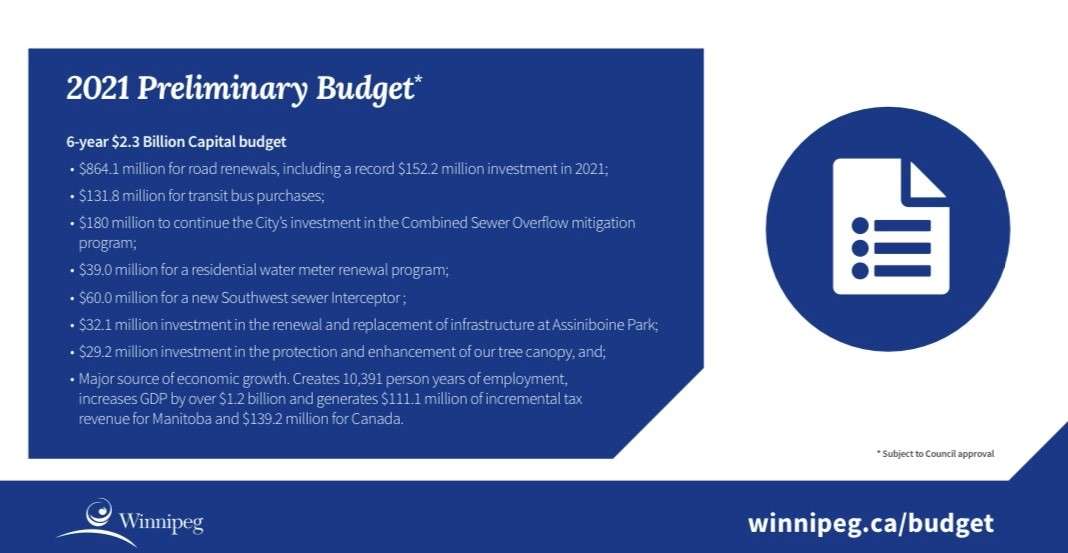 Sending out investment and capital plan highlights from the 2021 Balanced Budget.

Investments in capital infrastructure are critical to support a modern growing city, and they are also one of the most important tools available to government in support of businesses and jobs for local residents, especially during times of economic uncertainty.

It is estimated that the proposed six-year $2.3 billion capital investment plan will boost GDP by over $1 billion in Manitoba and across Canada, create over 10,000 person years of employment while generating incremental tax revenue to the provincial government of $111 million, and $139.2 million to the federal government.

Highlights of this investment plan include:

The six-year capital program will be primarily financed through federal and provincial capital grants of $525.4 million, cash to capital of $79.5 million, $60 million from frontage levies revenue, and external debt of $210.2 million. The external debt of $210.2 million for the new capital investment over the next six years is a decrease of $18.5 million from the six-year forecast last year of $228.7 million, and still well within the City’s self-imposed debt limits.